Display idea - not exactly what I'd planned, but happy with results 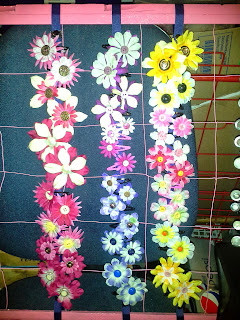 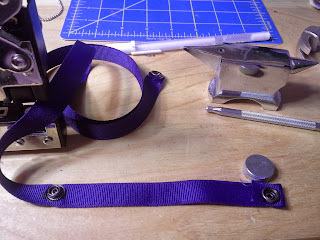 ever work hard on an idea you've had, only to realize after you've almost finished implementing it, that you have an even better idea for the same thing?  Well that was my situation this week!


I had decided that I needed an easier method of displaying my hairclips.  I had been creating packaging that had each set of hairclips on it's own individual paper - which I would then clothes-pin to my picture frames.  The problem is that it took forever to put the clips up and then take them down after a show.  With the additional problem of the paper warping as I continued to clip or unclip it. 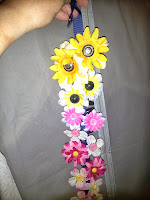 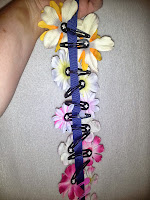 As a result, I came up with what I thought was a rather ingenious plan.....  I was going to create ribbon straps which I could snap on to my frame displays.  So I spent a GOOD DEAL OF TIME measuring ribbon, applying snaps, and putting my
hairclips on the ribbons.  I love how it looked!  But the ribbon wasn't super-thick so I knew it would easily wear out around the snaps. 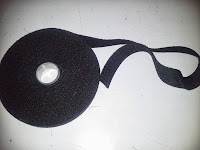 When I finished the last ribbon, I realized - DUH... I could just use hook-and-loop tape (otherwise known as Velcro). I even had a roll that I found at Goodwill (of course) which had hooks on one side and loops on the other - PERFECT!   Now why didn't I think of that sooner??!! 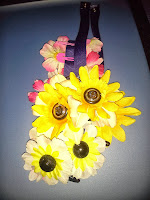 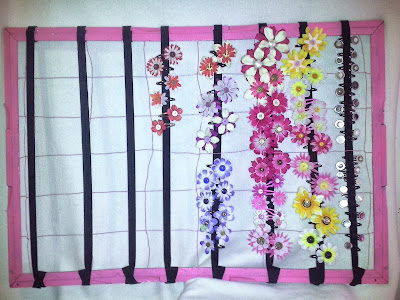 It's not quite as pretty, but it's SOOO simple to use - and it can be made to fit any of my frames!

Best of all, once my hairclips are on it, I can easily set it up or take it down in a matter of minutes - saving me a good deal of time!  Storage is easy too!!